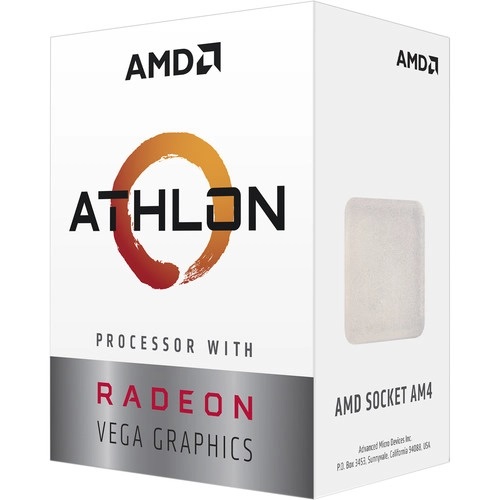 Designed for overclocking, the Athlon 3000G 3.5 GHz Dual-Core AM4 Processor from AMD has a base clock speed of 3.5 GHz, two cores with four threads in an AM4 socket, 1MB of L2 cache memory, and 4MB of L3 cache memory. Having two cores allows the processor to run multiple programs simultaneously without slowing down the system, while the four threads allow a basic ordered sequence of instructions to be passed through or processed by a single CPU core. This processor also has a TDP of 35W. Graphically, the Athlon 3000G uses integrated AMD Radeon Vega 3 Graphics. It is also unlocked, meaning it can be overclocked past its maximum turbo frequency. However, this is not recommended, as it will cause the processor to run much hotter. Also, the warranty does not cover damage caused by overclocking, even when overclocking is enabled via AMD hardware.

What is the best price of AMD Athlon 3000G Processor with Radeon Graphics in Bangladesh?

Delivery across the country