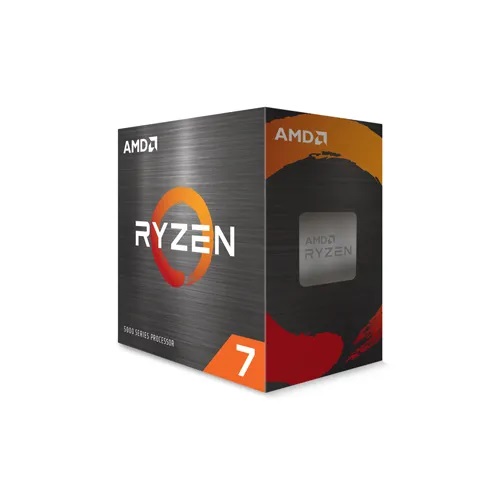 AMD Ryzen 7 5700X Processor features eight cores and 16 threads to help quickly load and multitask demanding applications. Designed for socket AM4 motherboards using the powerful Zen 3 architecture, this 7nm 5th generation Ryzen processor offers significantly improved performance compared to the previous generation. With a base clock speed of 3.4 GHz and a max boost clock speed of 4.6 GHz in addition to 32MB of L3 Cache, the Ryzen 7 5700X is built to provide the power needed to smoothly handle tasks ranging from content creation to immersive gaming experiences. You can boost its performance further by overclocking this unlocked processor. Other features include support for PCIe Gen 4 technology and 3200 MHz DDR4 RAM with compatible motherboards. This processor has a 65W TDP (Thermal Design Power) and does not include a cooling solution. Please note that it does not have an integrated GPU, so a dedicated graphics card is required.

Win with the latest technologies

customizing your rig has never been easier. AMD Ryzen™ 5000 Series desktop processors are drop-in ready on AMD 500, 400 and select 300 Series motherboards with a simple BIOS update. They’re also ready to be tweaked and fine-tuned using Ryzen™ Master. Want to jump in the game faster? Download AMD StoreMI to get HDD storage at SSD speeds.

If you feel that VR is something you might want to try now or in the future, AMD VR Ready processors2 provide confidence that your system has enough processing power to handle this advanced workload. These select models meet or exceed the current top VR-HMD manufacturers Oculus Rift, HTC Vive, or Windows® Mixed Reality minimum specifications for processors to provide a playable experience for the user.

What is the best price of AMD RYZEN 7 5700X in Bangladesh?